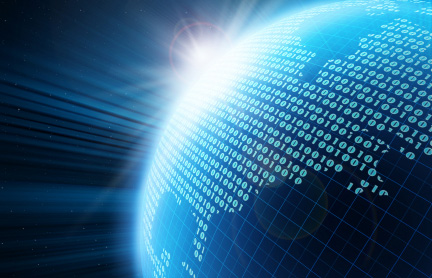 Physical data storage has gone hand in hand with computing as long as the personal computers have been around. For decades, the value of ours computers has been largely dependent on the data stored in the internal hard drive. And far too many personal computer owners from days pasts know the brutal pain of discovering your hard drive has crashed, forever erasing all of your software and data. When it comes to businesses, the enormity of losing data is almost too much to comprehend.

That’s part of the big appeal of enterprise cloud computing, which has soared in prominence in recent years as consumers and businesses increasingly invest in the service. Cloud computing turns traditional computing on its head — instead of buying computing services as a product, as has been the traditional mold, the Internet age has produced a system allowing computing to be sold as a service. Subscribers to this service access a shared network through which they can use a variety of software and applications. Cloud computing makes workers and consumers more mobile, letting them access their computing services from anywhere they find an Internet connection.

A number of physical storage spaces, some already on the market and others on the horizon, are providing considerable upgrades over antiquated optical drives. To this point, most hard drives have relied on magnets and optical lenses to call up data, which requires a lengthy load time and has more moving parts with the potential to break down. Solid-state drives, or SSMs, are the next generation of hard drives possessing several key advantages.

Because these drives use electrical charges to call up data, the data recall speed is much faster. This also eliminates the need for moving parts, making them more reliable and longer lasting.

Tech developers are also improving upon Blu-ray discs by developing discs that employ thousands upon thousands of tiny holograms in a single disc, drastically increasing the amount of data that can be stored on a single disc. The best part of these holographic discs is that they would be readable by DVD and Blu-ray players, saving consumers the trouble of buying more hardware and investing further into physical media storage.

Physical storage spaces are forecasting some inventive, even sci-fi approaches to storing data in the future. Such data will eventually be able to be stored at the molecular level, with some research regarding quantum mechanics threatening to shrink your info even further. Scientists even believe we will one day be able to store data in bacteria by changing the DNA coding of the one-celled organisms.

Consumers are slow to fully embrace broadband Internet service, which is required to utilize enterprise cloud computing services. Cloud computing is sure to become more common as a computing resource and is expected to overtake physical storage spaces as the primary means of computing and data storage. Ultimately, all cloud users benefit from this collective dependence. But physical storage will still have its space — even if that space can fit on the end of your fingernail.