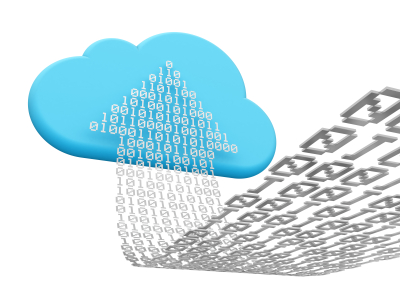 Block-level storage is a method of storing data by grouping it in a fixed number of bits or bytes, commonly known as blocks. Cloud servers often use block-level storage instead of storing data in files, which is the traditional means of primary data storage. A cloud block storage system generally uses arrays of hard drives or solid states drives in a remote location and connectivity mechanisms such as iSCSI and Fibre Channel. Block-level storage provides several advantages in cloud servers that will change the way in which businesses operate in the cloud.

The primary advantages of block-level storage in the cloud are versatility and flexibility. These storage devices create raw-storage volumes, to which a cloud-based operating system connects and uses as individual hard drives. This capability means that cloud servers can use block-level storage for a variety of file systems such as databases, New Technology File System and Virtual Machine File System. Many types of databases currently exist and recent versions of Windows typically use NTFS. Servers running VMware use VMFS.

Block storage also provides better performance for businesses with technologies such as solid-state drive, which allows an operating system to directly access data. Cloud-computing platforms such as OpenStack also have capabilities that achieve better performance with block storage devices. OpenStack is open source software that provides infrastructure as a service under the Apache License. The block-storage system for OpenStack is called Cinder, which provides persistent storage devices for OpenStack. This system creates block devices and attaches them to servers. Cinder fully integrates block-storage volumes into OpenStack, allowing users to manage their own data storage.

Cinder can use local storage devices with the Linux operating systems as well as storage platforms such as the following:

Block storage is especially beneficial in applications that require a high level of performance such as providing a server with raw block-level storage, expandable file systems and database storage. The ability to create and manage data snapshots when backing up data is a powerful capability of block storage. Users can create new block-storage volumes or restore old volumes with snapshots.

Cloud block storage will continue to shape the way which businesses function in the cloud. Data administrators can expect the performance of data access to improve, but this benefit will require them to manage block-storage devices. They will need to carefully allocate storage for each server to balance the load between storage devices. Administrators of block storage must also manage levels of storage protection such as RAID and track the performance of each storage device to ensure that each device is able to meet the needs of its applications and servers. They must also manage the communications infrastructure used to access the storage device.

The growing use of cloud computing means that block storage and file storage are converging, and may one day become the same thing. This trend is apparent in the latest storage devices, which are able to store data as both blocks and files. Developers may choose such a hybrid storage device when they are undecided about whether to use block storage or file storage.