Skip to content
Home › Insurance › Why Does Age Affect a Car Insurance Premium? 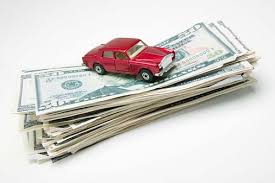 Although it may seem a bit unfair, age can have a significant effect on your car insurance premium. Younger drivers tend to be hardest hit by an insurance company’s typical policy of viewing new drivers as high risk, and particularly for making claims shortly after they’ve passed their test. By contrast, over 25’s and middle aged drivers often receive the lowest and most reasonable premiums, while the over 65’s can suffer from problems in getting a good quote from insurers. It’s worth, then, looking at these areas in some more detail.

Young drivers, and particularly young male drivers between the age of 18 and 21, are classed as being the highest risk for insurers; this decision is based on their inexperience, as well as a historically greater proportion for making claims on their insurance compared to other age ranges. It is possible, though, for younger drivers to try to lower their personal insurance by completing advanced driving courses, as well as by using black box insurance; this involves details of your driving being recorded and transmitted to insurers to better calculate a claim.

The age range that are most likely to receive balanced quotes on their car insurance are those aged 25 up to about 65; gender is usually not a major factor in this decision, especially since insurance discrimination by gender was banned in Europe last year. Factors determining the low risk of these drivers include a greater likelihood to be experienced on the road, investment in safer cars, and more care due to having children as passengers.

Unfortunately, drivers over the age of 65 tend to have difficulties getting the same low insurance premiums – insurers will generally be wary about insuring drivers that are starting to experience eyesight and coordination problems; for this reason, some insurers will outright refuse to insure drivers over the age of 80, although there are many that will provide this service. Indeed, suitability for driving on the road arguably comes down to the individual driver – Bob Edwards in New Zealand, for example, is still driving at 105, having collected his first license during the 1920s. The record for the world’s oldest licensed driver was held, though, by 108 year old Fred Hale Sr.

Beyond age, there are many additional factors that can influence an insurer’s decision on a premium; where you live can be significant if you’re a driver in a high risk age group, with young drivers in busy cities, or high crime areas, more likely to suffer from traffic accidents and theft. It’s possible, though, to lower your vulnerability to insurance averages by fitting new security systems to a car, and by taking advanced driving courses.

Moreover, simply comparing the car insurance market as much as you can for deals can allow you to reduce the importance of age to your insurance. Older drivers can particularly benefit from specialist insurance companies for their age range, while many direct insurance companies will be able to find a tailored form of insurance that’s specific to your driving habits, rather than to an entire age range.

Author Bio
Olivia is a car and motor sports blogger who’s always on the look-out for savings on her insurance. She recommends www.directasia.com for fair deals for different ages on car insurance.