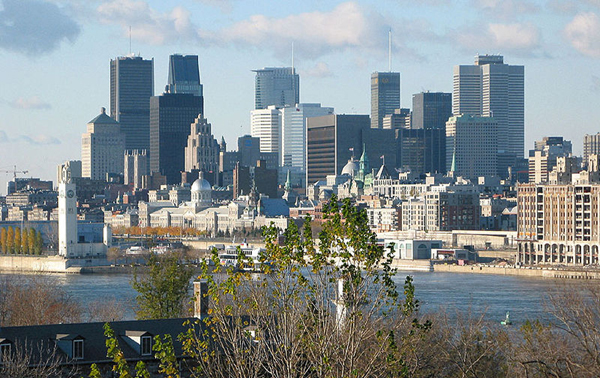 Video games are big business in Québec, Canada, and it looks like that business is about to get a little bit bigger. Ubisoft, the French video games giant, has just announced an investment of $373 million in its operations in Montréal, Québec, which is likely to lead to an additional 500 jobs in the city by 2020. This builds on Ubisoft’s existing presence in the Canadian province, where they already employ approximately 3000 people.

One of the key investment areas for Ubisoft in Montréal will be the expansion of its already impressive motion capture facilities, which have contributed some of the company’s marquee titles including Assassin’s Creed, Far Cry, and elements of its Rainbow Six series. By putting more money into mocap, Ubisoft is presumably trying to position itself for the immersive social environments that it anticipates will arrive with the introduction of next-generation consoles, and to compete with the level of sophistication seen in the recent release of Grand Theft Auto V.

Ubisoft’s presence in the province dates all the way back to 1997, when it convinced the Québec finance minister to give the company significant tax credits in return for locating there. At the time, Québec had an economy that was tied to a traditional manufacturing base, and was looking for a way of transitioning to a more services-based economy which included the creative arts. This move led to an outcry by other local companies, and the Québec government responded by extending these tax credits to any Québec-based producer who met certain qualification criteria.

That move proved to be one that drove massive growth within the industry, and now approximately 7400 people are employed in videogame development in the Montréal area. The province as a whole accounts for approximately 50% of videogame jobs in Canada – which total approximately 16,500 according to a survey commissioned in 2011 by the Entertainment Software Association of Canada. These are highly paid positions, with the average salary being around $72,000 per year. It is also a young industry, with workers being slightly more than 30 years of age on average.

However, the level of subsidy that the Québec government is extending to attract video game developers is staggering. For instance, payroll tax credits can reach as high as 37.5% of an employee’s salary, although that level is only attained if the title is also offered to the market in French – a part of the separatist Parti Québécois’ drive to promote the French language in the province, often at the expense of English. They are also offering a further $9.9 million subsidy to Ubisoft specifically as part of the agreement just announced.

Overall, the subsidies to the video-gaming industry currently cost the Québec government approximately $128 million a year. However, the province also announced that it is extending the tax credits to new categories of employees involved in video game development, including business intelligence analysts, mathematicians, and network management experts. This is likely to greatly increase the amount of subsidies paid out by the province, as just about anyone who touches a video game development program will now have a subsidized salary. The Québec government so far has refused to put a figure to exactly how much this will cost taxpayers, leading to concerns that the full costs of the new program are not fully understood and may be completely open-ended. Given the fact that the provincial government ran a deficit of $1.8 billion in the last quarter, it is also raising red flags whether the government can continue to pay this level of subsidy and balance its books at the same time.

The other problem with this almost unconditional commitment to capture video game jobs in Québec is that this has led to an arms race between different countries and jurisdictions, including the neighboring province of Ontario. There are also significant subsidies available in the United States for video game development – in fact, it is one of the most heavily subsidized of all US industries – and the UK has recently tried to join the bandwagon by offering a 25% subsidy to video game developers who set up shop in that country. However, the planned UK tax breaks have run into problems with EU regulators, who assert that such subsidies can only be offered to assist in dysfunctional markets.

And, dysfunctional is just what the video gaming industry is not. For example, Ubisoft declared a net income of approximately €66 million in fiscal 2013 on sales of around €1.26 billion. With these numbers, Ubisoft and its rivals may end up being in better shape than the governments who subsidize them.