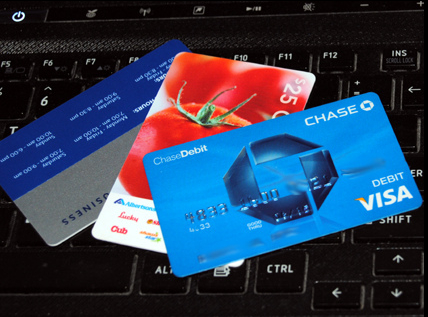 Over the past five years, as the world’s largest economies have worked to recover from the global financial crisis, Qatar has proven itself to be quite an anomaly. The oil-rich gulf state managed to come out of the global recession relatively unscathed and compared to many of its neighbours, the country’s economy remains strong. Whilst the Qatari economy certainly lacks diversity, it is embedded in a rather mature and progressive financial culture.

Nowhere is this economic strength more apparent than within Qatar’s commerce infrastructure. From an ever-improving credit culture to the rise of online payment mechanisms, here’s a brief overview of how Qatari commerce has changed in recent years, and how these changes might impact its wider economy.

The credit card industry in Qatar has earned its strength through continuing to progress and diversify its product offerings. In April 2013, Doha Bank’s Lulu Shopping credit card won the ‘best credit card’ award at the Banker Middle East Product Awards. Credit cards like these, which provide users with extra benefits like shopping points or air miles, have helped to revitalise the industry in Qatar. Credit card options for Qatari residents continue to grow and diversify, and as a result, the industry as a whole does too.

Another area of growth within the Qatari economy has been the rise of online payment systems, most notably the partnership between PayPal and the Qatari National Bank (QNB). By allowing people to easily make payments online, QNB isn’t only improving the ecommerce experience for its customers, but it’s creating a platform upon which Qatar’s digital startups can grow. Thanks to the rise of online payment methods, digital merchants are able to attract more customers – providing yet another boost to the country’s wider economy.

The growth of the credit market and the rise of digital payment systems, including mobile payment apps, are perhaps more significant in Qatar than in other countries because of their potential diversifying effects. If, like the UAE, Qatar can create an infrastructure that attracts online businesses and startups, it could shift the balance of its economy so that it’s less reliant on oil. A lack of diversity has long been the biggest setback of Qatar’s economy, yet a possible ‘digital revolution’ could change that.

The role of commerce in Qatar, and its ability to help diversify the Qatari economy, can also be linked to the rise of tourism within the country. Easier, more rewarding payment methods appeal to tourists and tie in nicely with the nation’s quest to attract more visitors.