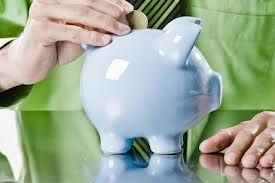 We all know that the economic climate hasn’t been great, in fact, it’s been dire for a few years now. This has led to an untold number of financial problems, but one of the major concerns is the lack of adults preparing for their retirement.

New research from JP Morgan Asset Management h
as found that almost half of working adults do not save anything for their retirement. In 2006, less than one in three people expected to rely on a state pension, but this has soared to 47% now.

Around a third said they thought they would end up working part-time as state pension wouldn’t be enough income. Only 20% thought that they would be able to rely on their investments, compared to 41% in 2006. There were some more serious suggestions of how to fund retirement, including down-sizing into a smaller property, equity release and inheritance.

This isn’t the only research suggesting that today’s workers will be retiring without a pension, a different study by the Equity Release Council found that 65% weren’t saving for their future.

The figures represent the difficult situation that millions of people find themselves in at a time when incomes are being squeezed due to stagnant wages and the high cost of living. It’s not just pensions that people are forgoing, as 18% said they weren’t sure that they would own a property at the point of retiring.

It also found that while 30% wanted to prepare for retirement, they said they couldn’t because of living costs, so were only saving when they could.

JP Morgan also looked into the way that people would spend, should they have the money. It found that if they were handed a £15,000 windfall, 43% would save the money, 21% would invest and 16% would pay off their mortgage.

This is reassuring, but there were some that said they would spend the cash on a holiday, put it towards a car or home improvements. The number of people that would save or invest has fallen over the past four years, as the same questions were asked in 2008, when saving and investing accounted for 68% and 36% respectively.

Ian Jamieson, head of UK finance at Trust Deed, said “An unexpected windfall would be a simple solution for many, but wishful thinking isn’t going to make up the shortfall for people who are not currently saving for retirement. I’d urge people to think more long-term and start making provision for their financial future.”

Workers that find themselves unable to save towards their retirement because of high monthly debt repayments, may be able to benefit from a debt solution. Huge repayments can eat into monthly income, leaving no funds for savings or pension contributions.

It’s more important than ever before that people are prepared for retirement as statistics suggest that over 60s are the most indebted age group in the UK.