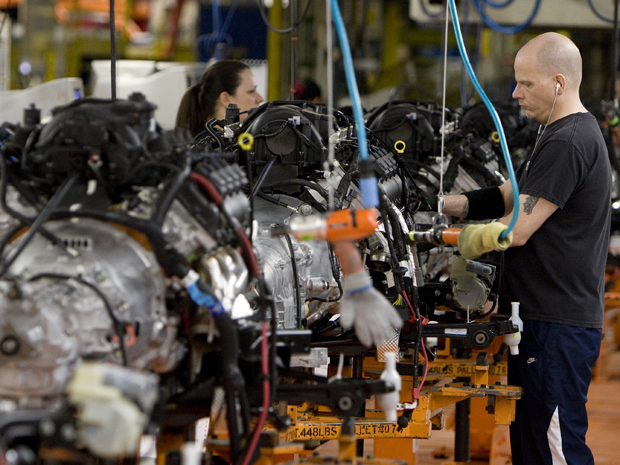 Machine tools lie at the very heart of industry. Picture a manufacturing line in Detroit, with cars rolling off it every minute. Machine tools fabricate the transmission parts, bore out the engine block and press the panels for the doors. Buy a washing machine and look at the brushed metallic finish – that’s thanks to an aluminum finishing machine that can turn a raw, shiny metal surface into a uniform, matte one in a matter of seconds.

And yet, we still think about machine shops as oily, noisy places filled with pounding machinery that often looks like something out of the middle of the last century. However, nothing is further from the truth – today’s machine tools are sophisticated devices that include the latest in high efficiency, green technology – and it looks as if the pace of progress will continue unabated for the foreseeable future.

Modern machine tools are designed using the same advanced technology that is used to design aircraft engines or high-performance vehicles. No longer are they conceived on the drawing board just to perform a function – instead, they are tuned to perform that function at peak efficiency and the lowest possible cost.

For instance, new materials, combined with advanced engineering techniques, are dramatically lowering the weight of machine tool components – which means that smaller engines can be used to drive the machines. The machines are also being designed so that these parts move more efficiently, further reducing power requirements. The result is not just a more economical machine tool, but also one that has significantly less impact on the environment. In fact, that is a common theme today with machine tools – being green not only makes environmental sense, it makes financial sense as well.

The impact of designing more efficient machine tools is not just limited to the power consumption of the machine tool itself. While the compact design saves initial manufacturing costs and ongoing energy expenditure directly, it also means that machine shops can be built more efficiently. Parts manufacturing facilities can either be made smaller for a given production capacity, or can have more capacity for a given size – and carbon footprint. For example, smaller facilities use less air-conditioning and lighting, and the upfront construction impact is also reduced.

Another inconvenient truth about traditional machine tools is that they use large amounts of lubricants – many of which are harmful to the environment. Again here, reducing lubricant use makes good financial sense, since lubricants account for as much as 15% of the total cost of operating a machine tool. This includes the energy needed to pump lubricants around the machine shop and to cool them – for example, lubricants may have to handle machine-tool cutting surfaces temperatures as high as 1000 degrees.

The latest generation of machine tools is designed to dramatically reduce lubricant/coolant usage, with some systems using 80% less than their predecessors. They are also designed to prolong the life of the lubricant, which they do by reducing contamination from microscopic metal chips coming off the work surface. Some machine tools even do away with lubricant altogether by applying a fine spray of oil directly to the cutting surface. Analysis has shown that using this lubricant-free method can save millions of dollars a year on a major production line.

The continued drive for energy efficiency in machine tools seems set to continue. For example, work underway at Berkeley is looking into how process monitoring can help reduce machine-tool energy consumption even further. The European machine tools industry body, CECIMO, has also been active, commissioning the Fraunhofer Institute to evaluate how machine-tool power requirements can be reduced even further. In fact, CECIMO believes that the primary reason why energy consumption should be reduced is that it creates a competitive advantage for machine-tool manufacturers, and therefore is actively driving both research and regulatory change to give European machine tool manufacturers a stranglehold on the European market. 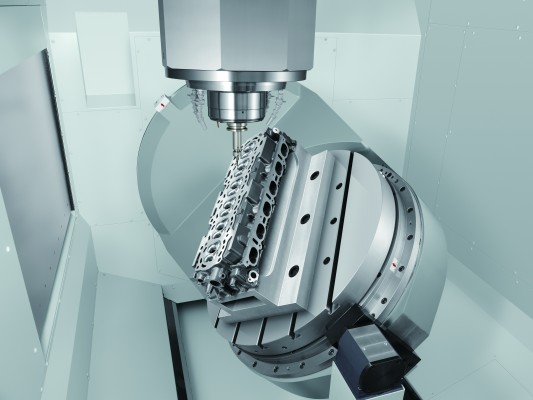 Coming back to process monitoring, some major industry players now see machine tools going far beyond passive monitoring, with them instead becoming an intelligent web of devices that communicate with each other and optimize the end-to-end manufacturing process. In advance of the a major European machine-tool show in Hanover, Germany this past summer, officials from Siemens said that they saw a day when “all machines on shop floor are connected to each other”, and “as a result, we can increase efficiency of machines up to 50%.” So, it seems that the industry is continuing to line up behind new technological advances, boding well for its future.