Skip to content
Home › Marketing › Is Usage-Based Billing The Solution For A Digitally-Divided World? 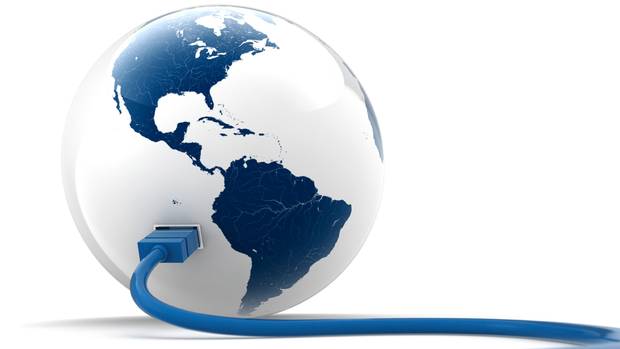 That good old digital divide seems to be back in the news recently. And along with it, the question of how to most cost-effectively bring broadband access to those customers who have been identified as either low-income or minority individuals has reared its ugly head.

It’s no secret that when trying to encourage the adoption of broadband by the masses, cost is a definite issue. And so many are wondering if usage-based pricing models may offer a solution to bridging the digital divide. Unfortunately, there appears to be many hurdles to overcome before the question of the feasibility of usage-based billing for home internet service can be adequately addressed.

Usage-based pricing is not only good for bridging the digital divide, but also for stopping what’s become a common phenomenon: cord-cutting. This happens when people completely abandon traditional forms of entertainment, like cable TV for services like Netflix.

Cable companies who are worried about the continuation of this phenomenon believe that usage-based billing is their savior. After all, Nielsen estimated that just three years ago, families were watching as much as 143 hours of TV per month. Usage-based pricing would not only allow cable companies to retain their reign, but also may end up killing their online video competitors.

The Problem With Usage-Based Billing

Unfortunately, usage-based billing tends to also raise the cost to use related services and applications like online classes. And when you consider those minority and low-income families, this doesn’t do much to help them. Because while they may end up paying affordable costs for their internet services, the resources they can access may end up being even farther out of their reach financially than before.

Ideally, usage-based billing makes those heaviest internet users responsible for the highest costs. In other words, if you only use the internet to check your email and do some light surfing, in a usage-based billing scenario, you would pay a lot less for your internet connection than say an online gamer who spends most of their day playing with their friends.

Many scholarly observer have suggested that usage-based billing may actually encourage people to explore the internet even more, as more affordable plans would be more widely available.

Usage-based billing may also end what many are calling the ‘minority wireless miracle’. This phenomenon describes what has been observed among many in developing countries, who use their smart phones to access the internet as opposed to a home-level connection. Of course, the adoption by minorities of smart phones is higher, but their at-home access is not.

Another question with regard to the usage-based billing scenario is how it will affect the entertainment services we now enjoy. At least one company is saying that usage-based billing will not affect the entertainment services it now provides to customers, as ISPs are already doing this with their wireless customers, charging them for the data they use. An Unsuccessful Strategy?

Companies who offer streaming services, such as Netflix, have even gone so far as to comment in the idea ISPs have that usage-based billing is a good thing. While usage caps may work with other types of companies, this may not be the case with ISPs, they say. This is because, although the actual usage caps may mean cheaper internet for low-income customers, it doesn’t provide a viable business model for internet companies. They suggest that ISPs consider a different strategy, such as charging customers for what is advertised as ‘premium’ service, or ultra-high speed internet for more each month.

It may come down to the decision the courts make in a case between Verizon and the FCC. The former claims that the latter’s Open Internet Order is not valid. Seen as a referendum on the possibility that ISPs will fall under FCC jurisdiction, the Open Internet Order’s removal could see the issue of broadband pricing being addressed after many years on the back burner. Only then may we see progress in the form of successful internet pricing and broadband adoption for those in minority and low-income groups.

Guest author Jesse Schwarz writes on a variety of technology-related topics, including how internet service providers in Atlanta are dealing with the usage-based billing issue.