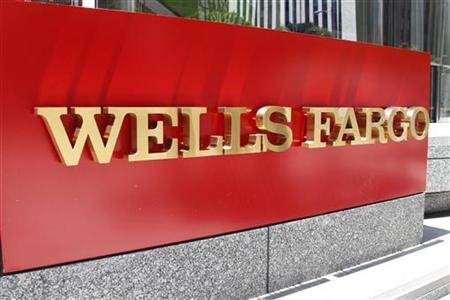 Wells Fargo & Company, a diversified national and community-based company for providing financial services, has announced its new regional team of leadership. The move has been taken with a view to serve the expanding base of customers in the mid-western region of Chicago. The insurance company has 7000 dedicated members and it even has a record of writing 20 billion dollars of risk premiums, in an average, per annum. The company has a great contribution towards the economic development of the country.

The team led by John Meder, regional managing director, is presently serving Minnesota, Nebraska, Iowa, Illinois, Missouri, Wisconsin, Ohio and even North and South Dakota, markets. They are dedicated for the growth of services provide by the company in the areas of casualty, property, risk management and employee benefit.

The company has been established in 1852 and has it’s headquarter in San Francisco. It provides mortgage, insurance, banking, investments along with commercial and consumer financing through the internet service, 12,000 ATM counters and 9,000 stores. In order to support the customer of the bank who carry on with their business globally, Wells Fargo & Company has its dedicated offices in more than 35 countries of the world.

Presently, the insurance company has an asset amounting to 1.4 trillion US dollars. According to a survey, it has been found that the insurance company serves at least one out of three household in the US. In the year 2012, Fortune ranked Wells Fargo & Company as 26th among America’s largest corporations.

The world’s fifth largest broker of insurance company, Wells Fargo Insurance, has 160 dedicated offices across 36 states. The company has a wide range of customers that include high profile individuals, consumers of the retail industry, customers of the large corporate world and those of the middle market.

Members with designations in the new team at Midwest

The members who will be the part of the new team with responsibility for looking after their client satisfaction and providing proper service, apart from expanding the business and the service are as follows-

The leading position of the company’s office at Dayton, OH, will be headed by John Jadodzinski. On the other hand, Patrick Sedlak has been given the responsibility to head the office at Indiapolis. He will be managing the offices of the company at the regions of Fort Wayne and Evansville.

The position of the head of the Risk Control Services for the Midwest Region has been entrusted upon Dan Venier. He will be responsible for the job of overseeing the claims divisions and loss control of the offices of the said region.

Amy Wildung and Norm Riley have been announced as the Co-Leaders of Employee Benefits Practice, Midwest Region office of the insurance company. It has been decided that Wildung will be responsible for carrying on with the company’s services in the regions of Illinois, Minnesota, Nebraska, Kansas, Wisconsin, as well as, South and North Dakota. The operations of the company covering the areas of Michigan, Missouri, Indiana and Ohio will be looked after by Riley.