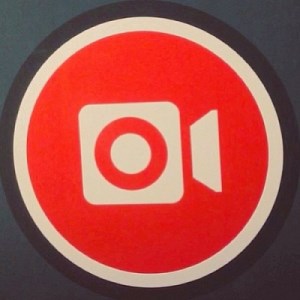 Facebook’s announcement a couple days ago that it would begin allowing Instagram users to take and share videos as well as pictures has made waves in the technology world. Facebook acquired popular photo sharing company Instagram about a year ago, and has maintained it and integrated it into the main Facebook social network service since them.

The Rise of Vine, Instagram’s Competitor

Twitter, one of Facebook’s main competitors (along with Google+), recently launched their own media sharing app. Vine, Twitter’s video sharing service, launched for iOS originally, and later added support for Android devices. Just as Twitter shook the social network world by limiting communications to 140 characters, Vine took a unique approach to videos. Vine videos were limited to six seconds, forcing users to find a concise way to express their thoughts.

Vine rapidly gained popularity, reaching millions of users, and hosting notable videos. Many blog articles have been written compiling funny Vine videos. Though Vine isn’t a direct competitor to Instagram, its presence as a major social network for sharing user created media certainly was a threat. Facebook must have seen Vine as a competitor, which led to their decision to allow videos in Instagram.

Instagram videos are limited to 15 seconds, two and a half time as long as a Vine video. Facebook explained that this was to give people “time to tell a story.” Analysts have also speculated that this will allow for 15 second ads to be seamlessly integrated with the service. Though both Vine and Instagram force users to be brief in their videos, 15 seconds seems drastically longer than six seconds in terms of what type of videos you can create.

Though Instagram’s video service has been out just one day as of this article, 5 million videos have already been uploaded to the service. Users took note of the new feature, and many of the initial videos were just users trying out the new service. The millions of videos on the network have certainly attracted the attention of other users who may not have noticed the video feature at first.

The Technology Behind Instagram’s Videos

Instagram Videos appear to use the MP4 video type, a commonly supported standard across many operating systems. They could have used HTML 5 video to be more forward thinking, but MP4 is an established standard. As of launch, Instagram videos are not embeddable on other services. This missing feature could prove worrisome for the service in the long run. While Instagram videos aren’t doing anything terribly new in terms of Internet technology, they will advance video on mobile devices. If a newer technology, like HTML 5, were to be adopted by a service this popular at some time in the future, it would certainly be a big boost to adoption of that technology.

The future of Instagram videos isn’t certain. Like all Facebook products, incremental changes will likely be rolled out as time progresses. Initial popularity is never a guarantee of success (as Microsoft’s Bing proved), though it is a good indicator more times than not. Facebook has several times as many users as Twitter, and by rolling out this new feature they won’t allow Twitter to get ahead of them. Of course, Twitter is popular for different reasons, and has a slightly different user base than Facebook. That being said, Twitter will have to come up with something else new if they hope to make a major dent in Facebook’s user base. For now, it seems likely that Instagram videos will help Facebook keep a big lead on Twitter.