Skip to content
Home › Business › Guilt – An Android App That Tracks How Guilty You Are Of Overspending! 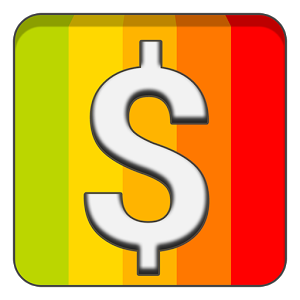 Guilt, as the name suggests, claims to track the extent to which you’re guilty of compulsive spending or overspending during a specific period. As such, virtually all its functions – expense tracking, ordering of expenses, expense list and reports – have the rather interesting “guilt” function added to it. However, the app itself is easy to use and is surprisingly comprehensive, as will be seen below.

First up, the interface is decent, with simplicity being emphasized. For instance, one has to tap the + button on the main menu to add an expense. This takes you to another tab, where you can enter the amount of the transaction, and the currency in which you wish to enter the amount. Be warned that this app does not support expenses in multiple currencies, so if you want to enter say payments in Euros and US Dollars, you would be better off converting either of them. While this is not the most convenient way to keep track of different currencies, people that are not professional traders with FX brokers will get by.

The difference with other apps, as indicated above, is the guilt meter, which allows you to select the level of guilt from a scale of 1 to 5, with 5 being “Guilty as Hell”. There is no objective criteria for deciding them, and you can choose different guilt levels for the same amount in same category.

All the expenses that you enter are listed together in the Expense List. The default grouping is done by day, with a tag placed beside each day showing the average “guilt”. Guilt uses the guilt rating of each spending of that particular day to find the overall guilt quotient. This suffers from the fact that a small recurrent spending of high “guilt” won’t have much effect even though it may be much larger in the long-term than a single high amount purchase. The only solution to this problem is to click the day’s item, and browse through the individual expenses.

Finally, you get periodic reports, with your expenses categorized into guilt divisions. The app throws in a nice bar  chart as well, showing the percentage of each guilt in the total. However, you cannot open up each guilt panel to see the expenses listed within it. On the other hand, the single biggest purchase of the highest magnitude of “guilt”, is shown to you, as well as the least costly purchase in the lowest guilt category.

The app also allows you to export your data in SQLite format to either your phone storage or your memory card. You can also upload it to your Dropbox. The issue however, is with the format itself, which is meant to work only with the app, and cannot be viewed or modified unless you’re willing to use the SQLite editor on a PC/Mac.

As the above analysis shows, Guilt for Android is primarily meant for those who cannot or are afraid they will not, stay within their budget. It focuses on the “guilt” for this purpose, leaving out some important features -income classification for instance – in the process. However, it does provide the basics, including some useful forex options, though as we mentioned above, the working is not perfect. All in all,this app is aimed at those with relatively simple budgets, and would work well for them. Those needing more sophisticated tools had better look elsewhere.