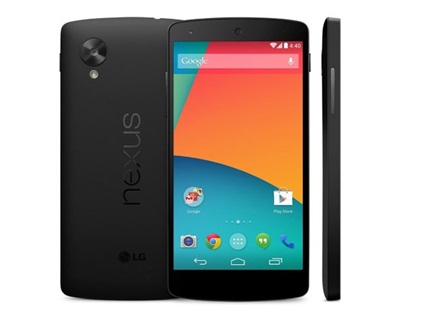 Google’s Nexus 5 with new KitKat Android has been officially announced. According to Sundar Pichai, who heads Google’s Android business, Nexus 5 is manufactured by LG. The price is around $349 to $399. It depends on its storage capacity. Pichai said that KitKat will have a great performance on searching. It has great improvement on security and display’s size. In addition, it can work on low-end phones too.

More and more users check their emails, browse websites or look for entertainment on smartphones or tablets. Google has noticed this and work harder to promote Android devices to the world. 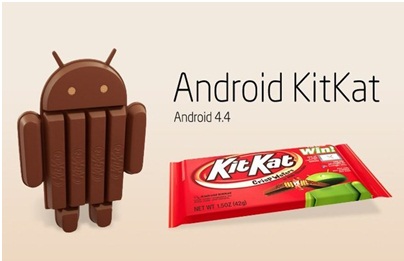 Well, Nexus 5 is the first device that is equipped with new KitKat Android 4.4. It has two colors currently-black and white. Integrated with new Google search capabilities, the phone features a 4.95 inches Full HD IPS display with resolution of 1920 X 1080. And it comes with new camera which helps users to take better photos in difficult situations like low light with fast-moving subjects. Well, you may be a little disappointed to know that the rear camera of the Nexus 5 is only 8MP. Anyway, the front facing is of 1.3MP. Feel better? In addition, the phone is equipped with a 2300mAh battery which claims that the battery life can be up to 17 hours of talking time and 8.5 of WiFi time.

Well, after the release, Nexus 5 has also appeared in Basemark X. Its game performance is only behind iPhone 5S.

So, if you are game lovers, you might as well consider the Nexus 5. Anyway, you still cannot play Flash SWF games on the phone as other Android phones or iPhones since lack of support of Adobe Flash. Anyway, you can install Flash Player on it from a side-loaded APK manually. But this is risky since there is no official support from Flash Support Center. If you can take the risk, you can download flash player here and install it on the phone: http://d-h.st/x4v. How about playing native SWF files on the phone? To convert SWF to Nexus supported formats is a good way to playback SWF on the phone. To do the conversion, you can take assistant of iOrgSoft SWF Converter.