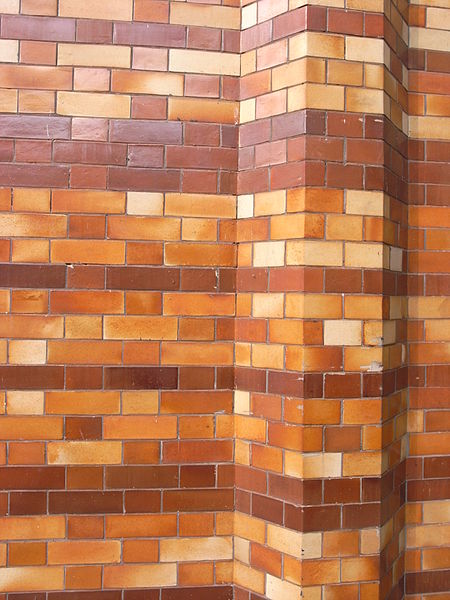 Glazed bricks have been used for centuries in various ways. To change the colour of a brick and make it shine, craftspeople have two options. They can either use a technique called salt glazing or apply a slip during the manufacturing process. Most modern bricks are created using the slip. 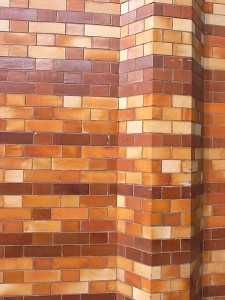 Here’s some more information about how they’re made and what the benefits of them are.

A glazed piece of brick is almost exactly like a clay brick. Standard clay bricks are used practically everywhere. The glazed version is still a clay brick but with a glazing on the outside with a colour or pattern on. Think of it as lamination for bricks, if you want an easy example to use.

Most bricks are fired and have various hues of red due to the chemical content of the stone. There’s usually no way to control this without adding other chemicals to change what goes into the mixture. The glaze allows bricks to have unnatural colours, such as blue. The slip is fused to the material and it creates almost a protective coating over the top.

It’s more expensive than a conventional brick but less expensive than one would expect. Glazes are commonly used for bricks since people want to have a stylish household. It means companies specialising in the manufacturing of these bricks are pumping them out in bulk. This drives down costs for the customer.

Anyone with a small amount of money can purchase and have these bricks fitted. You will need a craftsperson you can trust, though. These are precious bricks and you don’t want them to mess something up during the installation.

Glazing is the only way to get colourful bricks whilst retaining the durability of a clay brick. You could paint the bricks yourself, but the paint wouldn’t hold and it would soon chip away. The colour is locked in a protective coating so it doesn’t chip away. These can last for hundreds of years, as has been demonstrated by historical usage of bricks.

There’s no doubting the fact glazed bricks are elegant and stylish. There are so many ways you can employ them in the home. Some people decide to use them in their bathrooms instead of tiles. Others will even use them on the outside of their houses to add some colour to the area.

The fact they’re almost exactly like standard clay bricks make this an ideal way to outfit your home at an affordable price.

You can’t expect every brick maker to sell glaze. It isn’t something just anyone can do. It requires specialist equipment every brick manufacturer doesn’t necessarily possess. Seek out a specialist company to help you with this. They can help you pick the right type of brick without any problems.

Furthermore, they’re more likely to offer you a discount. They buy their bricks from wholesalers, assuming they don’t make them in-house. It’s a great way to cut the costs of revolutionising your property!

Tim Smith hopes you found this article on glazed bricks to be very informative.