Skip to content
Home › Real Estate › Getting By On A Budget: 7 Cheap Cities To Live In 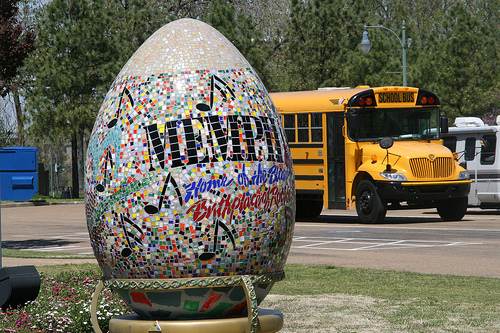 The recession had a major impact on people’s finances across the nation, leaving them to figure out how they could survive without earning or spending as much as they did before. Although the recent recession is an event of the past, people are still struggling to stay afloat and survive. With that said, here are seven of the cheapest cities to live in in the U.S. that’ll help you get by on a budget.

If you want to live close enough to a big city like Denver without the hassles of metropolitan life, then Pueblo is the perfect destination for you. This city is about 100 miles from the Mile-High City, having a lower cost of living and a booming economy. Not only are the homes here cheaper than the rest of the state (the average house is sold for about $87,000 less than the U.S. average), but it also provides people who live here plenty of options when it comes to nature.

Since Memphis is the biggest city in Tennessee, you might assume that it’s expensive to live in. Well, fortunately for its residents, this statement couldn’t be further from the truth. Housing costs in Memphis are some of the lowest in the country. Not only that, but the Mississippi River is a central hub for shipping and transportation industries, making is a city where finding a job in such industries relatively easier than in other cities. Oh, and don’t forget about the music scene, either.

Fayetteville is located in the northwestern corner of Arkansas, close to the Missouri and Oklahoma borders. If you’re a nature lover, the Ozark National Forest is a short drive away. Although you probably won’t earn big bucks in this city, you won’t need to since the cost of living is 14 percent below the national average, with low transportation and utility costs across the board. Also, it’s not too shabby that Walmart has its headquarters in nearby Bentonville.

Believe it or not, Abraham Lincoln rested his head in Springfield. Not that that saves you any money, but the city does have a low cost of living, which is about 12.3 percent below the national average. The median household income in Springfield is $48,022, making the combination of low cost of living and income ideal for anyone who’s for the right balance and spending and earning. Not only that, but Springfield is located between Chicago and St. Louis, giving you plenty of big city trip options.

If you have a big family and spend a lot of money on groceries, then Harlingen might be an ideal place for you to move to since it boasts the cheapest groceries in the country. Besides groceries, the cost of living is ultra-low, providing any family on budget the perfect destination to save money. Also, if you like being near water, Harlingen is a short drive to the Gulf of Mexico. It’s also close to the Mexican border, if you want to venture out and explore another country without spending loads of cash.

Across from Harlingen, Texas, on the other side of the Gulf of Mexico, sits beautiful Fort Myers. Although the groceries aren’t as cheap here as in other places, Fort Myers does have some of the cheapest real estate that the Sunshine State has to offer. Not only are new homes in Fort Myers affordable, but the city also offers lots to see and do, including plenty of parks and beaches scattered through it.

Moving to a new city might seem daunting, but there are plenty of benefits waiting for you if you choose wisely. Any one of these cities will help you save money and keep within your budget.