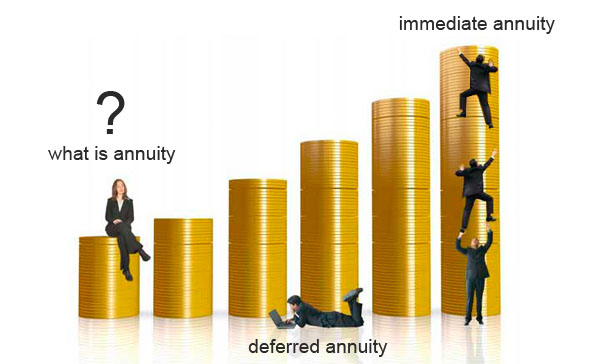 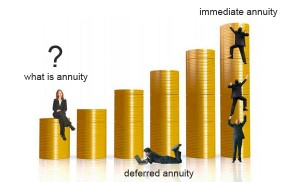 Annuities are created when an insured person or people pay a single premium to a life insurance company under the proviso that this money will be repaid to the insured person over a period of time. Traditionally, this is done through annuity contracts, which see a person guaranteed a distributed income until a final date in the contract or until their death, although recent times have seen the majority of annuities being used to accumulate money while avoiding capital gains or income tax.

These contracts are seen across the world and are common in Europe and the US, and they frequently take the form of secure-backed pension savings in the UK and Ireland. They either take the form of immediate annuities or deferred annuities.

Insurance companies are the only organisations that are legally permitted to issue annuity contracts. They can be purchased from licensed representatives of banks, stock brokers and insurers, as well as directly from the annuity’s issuer.  The adviser or salesperson will typically receive commission for every annuity sold.

A deferred annuity is a way to accumulate savings, before eventually distributing this money as a lump sum or as immediate annuities. They could involve bank deposits, which see buyers receiving interest on their investments and a guaranteed return, or stock-related funding options such as stock index funds, which are linked to the rises and falls of the wider market. Some deferred annuities are linked to government bonds, real estate or any other investment opportunity.

These are a good way to avoid tax payments, as the increase in the value of the account remains untaxed until the cash is taken out.

Fixed deferred annuities have the benefits fixed in terms of annuities or lump sums, whereas variable annuities permit allocations to bond and stock funds in which the value of the account will not stay above the initial amount of money invested.

Many annuity issuers have developed additional features to encourage people to purchase their products. These include living benefit options and death benefit options.

Frequently, higher-rate taxpayers take advantage of deferred annuities to reduce their tax exposure, as pension contributions receive tax relief and the returns on investment are not subjected to tax. When the money is taken out, it may be taxed at a lower rate.

Immediate annuities are annuities in which the time between the contract date and the first payments’ date is shorter than the interval between each payment. Commonly, immediate annuities are used as part of a person’s pension planning.  These are called lifetime immediate annuities, or life annuities, and can be compared to a loan taken out from the issuing company against the purchaser, with the issuer paying the loan back with interest. While the period of the loan is assumed to be the annuitant’s life expectancy, in practice annuities are payable until the last surviving annuitant’s death. As a result, people who die at a younger age than expected support those who live for longer.

It is possible to arrange immediate annuities so they continue to pay out to the spouse of the annuitant following the annuitant’s death, although payments may be reduced. This arrangement is called a survivorship annuity or reversionary annuity.

The duration of an immediate annuity may be fixed, or could relate to a person’s lifetime. In some cases, it cannot be longer than a certain number of years, whereas in others it cannot be shorter.

The payments can be fluctuating or level, and while annual intervals between payments are common, this is frequently not the case and other intervals are often seen.

Some people choose to set up longevity insurance life annuity policies upon retirement, to ensure that they are not left destitute in old age. These contacts could see an annuity that will not begin payments for 20 years, so that if the annuitant dies before payments begin then they will not receive any money. This means that they can protect themselves against outliving their savings while simultaneously dramatically reducing the annuity’s total cost.

Generally, the annuity provider will use government bonds and other funding options to match its liabilities. The expected return of these investments is therefore lower than other riskier options but the investment is stable, with inflation posing one of the largest risks against the investment. However, for many elderly people,  the risk of running out of money at the end of their life is more significant than the financial risk of losing money due to inflation or recession.