Skip to content
Home › Real Estate › Driven To Extremes: Consider The Commute When You Buy A Home 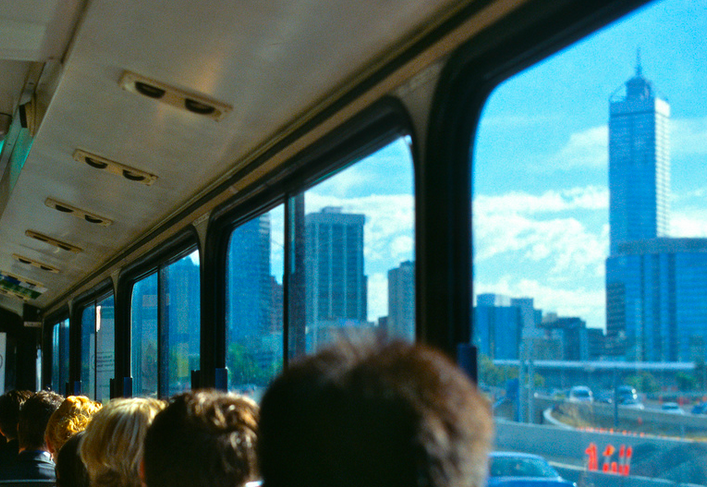 It’s a sad fact of life in many metros – the good jobs are in the big city, but urban dwellings cost a fortune. After writing out rent checks for months or years, many are pushed to buy cheaper homes in the suburbs and commute to work.

It’s not a decision to be taken lightly. You’ll want to calculate the costs – both financial and emotional – of living and working in different zip codes.

Remember the classic 90s movie Falling Down? William Foster (played by Michael Douglas) begins his very, very bad day with a slow, smoggy, honking commute and ends his life after hunting down his ex-wife and shooting a cop. Sure; it’s just a movie, but road rage is reality for many commuters with short fuses. If gassing up twice a week and jacking up your blood pressure twice a day creates an urge to blow things up, think twice about buying too far from your workplace.

The U.S. Census Bureau reported in 2011 that 10.8 million people (8.1% of workers) commute an hour or more to work each way. Alan Pisarski, a transportation expert from Falls Church, Va., said in a Wall Street Journal interview that commutes will only get worse. The economy is a major culprit here, as the Brookings Institution reported in April 2013. It found that between the Great Depression and our recent Great Recession, jobs steadily moved from the cities to the suburbs. However, this trend was reversed by the recent financial failures, (job losses in suburban centers exceeded those in cities) causing many to turn their employment searches to population centers.

While home prices in many suburbs continue to stagnate, city digs are appreciating and becoming even less affordable – especially for first-time buyers. There are some great values in the suburbs right now. Just don’t forget to factor in commuting costs. Even though your mortgage lender won’t count them in your debt-to-income ratio, you still have to pay them. If you don’t factor in your daily travel, you could find yourself in a home with a very expensive commute that you can’t realistically afford.

A study by the Urban Land Institute determined that when traveling expenses were added to housing costs, folks in the suburbs paid more overall than those living closer in, even though their housing costs were lower.

“What we have too frequently thought is that you can get an affordable house if you drive until you qualify, but if you then overlay the costs of transportation, they get very high,” said Henry Cisneros, an Urban Land Institute board member and former Secretary of Housing and Urban Development.

When shopping for your suburban dwelling, avoid buying the most expensive home for which you qualify. Use this simple calculation before you talk to a real estate agent or lender:

So if your rent in the city is $2,000 per month and you walk to work, while it would cost you $500 per month to drive from a new house in the suburbs, tell your mortgage lender that you don’t want your total house payment to exceed $1,500. Another option is to subtract the old commute costs from the new commute costs and have your lender deduct that amount from your maximum payment. So if the difference in commuting cost is $500 per month, and your lender says you qualify for a monthly payment of $2,200, ask for a loan with a payment of $1,700 per month.

The reverse also holds true. If you decide to move from the suburbs and buy a home that’s closer to the office, you should be able to increase your monthly housing expense. Make sure your lender knows how much less you’ll be spending on your commute. While transportation savings aren’t part of ordinary underwriting calculations, they might be used as “compensating factors” which can allow lenders to approve a higher mortgage amount for you.

If you choose to buy in the city, you’ll usually face higher prices. Developers today are making things more hospitable for folks on budgets, however, by constructing smaller, more affordable dwellings. If you can make do with less space, you may be able to afford a home closer to work. Just remember that condos, high-rises and coops can be more difficult to finance, and ask about them when you interview mortgage lenders.

To free up cash for a higher house payment or more expensive commute, look into lowering your monthly mortgage. There are a number of home loans available today with lower fixed and adjustable rates. Check out a hybrid ARM, which offers a fixed rate for an introductory period of three, five, or seven years. Rates on 5/1 ARMs run about one percent lower than those of 30-year fixed-rate mortgages. On a $300,000 loan, paying three percent instead of four percent saves you over $10,000 in five years – enough to buy about 2,500 gallons of gas.

Author Bio: Gina Pogol spent over a decade in mortgage lending, originating, processing and underwriting home loans. She has written about mortgage rates and finance issues for a number of publishers since 2006. Currently a senior marketing manager with Lending Tree, Gina advocates for consumers and loves answering their mortgage and personal finance questions.