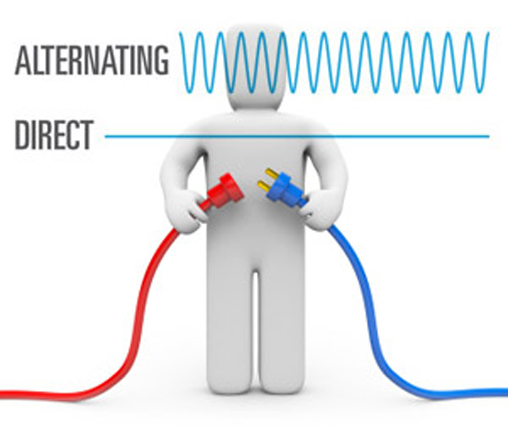 Let us discuss the difference between alternating and direct current: