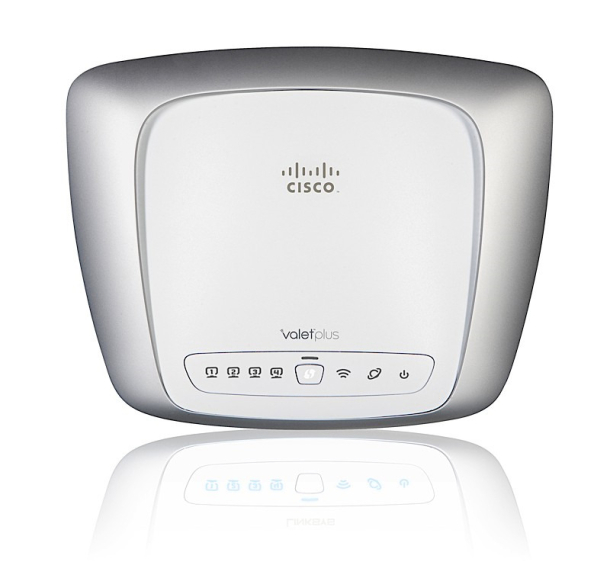 Some have decided that instead of getting one good router, they’ll take advantage of their internet providers and make do with two. It’s not an illegitimate plan to spread two different routers throughout the house; the signal is going to be better for sure. However, if dealing with two routers does not sound like a convenient way to go about wireless connections, then perhaps the Cisco Valet Plus can offer an acceptable alternative.

Priced from $83.99 to $129.99, this router is a bargain for the performance clients get. It’s a sharp little silver and white body that looks more like an intercom than a router, but looks can be deceiving.

Not only does the Cisco Valet Plus work at a high velocity of wireless connectivity, but it also connects to the least-frequented connection. How many times do users have to manually open the set of options and disconnect from a weaker connection just to have to reconnect to a stronger one once more? Not anymore, not with the Cisco Valet Plus.

The 2.4 gigahertz Wi-Fi router has three antennas packed inside that innocent little body. Each handles 2/3 transmit/receive, which means that the speed of the wireless information that passes through the router is doubled.

If the performance speed is not enough, and if the setup speed is just as important, rest assured that the Cisco Valet Plus delivers in that respect as well. The setup is the easiest of any routing system on the market, and the name valet precedes its reputation. Everything is automatically configured. The router gets in touch with the computer and copies all the information from the setup onto a separate flash drive called the Easy Setup Key.

The key makes setting up the Cisco software on other devices that support USB 2.0 quick and simple; just plug it in and pull it out. The Cisco Connect software finds the router signal very quickly. Later, transferring between the two devices is another mark of high velocity.

The router passwords and WPA-2 security features are also automatically uploaded, and all that information is conveniently stored on the computer and flash drive.
On the router body itself, there are 4 Gigabit Ethernet ports on the back for direct connections. The only annoying aspect of the whole system is also on the body. The little icons that Cisco/D-Link decides to use make very little sense.

All in all, the router is a great replacement for two otherwise less-powerful routers. If only they offered it in jet black or corvette red.

I am Susan Hannan from Exams Key; it gives 100% HP0-J59 Exam exams. Let’s take benefit of 1Y0-A28 Exam Exams material efficiently and get guaranteed success. Check out free demo of all certifications Exam.