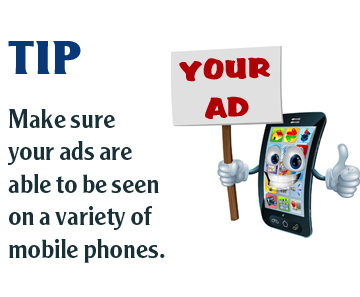 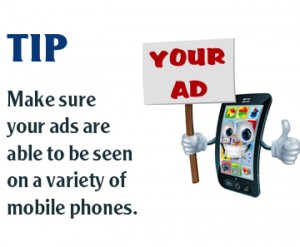 According to a report that was released in 2012 by Forrester, which was compiled on behalf of Velti and sponsored by Mobile Marketers Association, the majority of US business-to-customer (B2C) marketers rely on mobile advertising rather than mobile marketing tactics. While information around the mobile advertising market always revolving around the future potential to reach consumers and prospects in a meaningful way, there are a number of mobile marketing tactics that have been considered to be effective currently.

From full page mobile ads to social calls to action, the advertising market is awash with marketers who are constantly discovering ingenious ways to engage mobile users with the right mobile marketing strategies. In fact, according to findings from several advertising companies, different mobile marketing tactics that are being employed have been found to be a success. Perhaps it is an indication that it’s time for marketers to incorporate mobile into their marketing campaign efforts.

Some of the best marketing tactics that could be used while marketing include the following.

In today’s mobile advertising market, many marketers are finding ways in which they can tweak their ads to be relevant to the editorial content being viewed by users. This is because they (marketers) can’t drop cookies in mobile thus hampering their ability to target their ads. Contextual ads have been shown to have the ability to drive an increase in click through rates specifically in the case of online display ads. However, the increase has been found to be greater when the ads are contextually delivered in mobile.

Full page ads are considered to have a better effect than banner ads.  In fact, full page ads are preferred by publishers as they earn them at least five times than banner adverts. Both developers and publishers use banner ads to try and monetize their apps. However, full page apps have been found to provide a positive experience for users as they possess an easy opt-in selection. The full screen ads allow advert publishers to show fewer ads and doesn’t a take up valuable screen space like it is the case with banners.

Social call to action is increasingly being adopted as one of the best marketing tactics in the mobile advertising market. Inclusion of social calls to action with a full page ad has been proven to in have the ability of increasing the level of consumer interactivity. One major reason as to why this strategy is a success is that most mobile users, in general, tend to be more social than consumers. In fact, you are likely to have many mobile users use their mobile devices to visit social networking sites compared to those using PCs.

Lastly, in most cases, mobile marketing strategies have been found to vary widely and it can be a little bit hard to understand the complexity that lies behind its success as a marketing platform. Usually, mobile marketing strategies include the development of personal apps as with device targeting, it becomes easier to target a consumer on specific mobile devices like Smartphones. To learn more, visit LiveIntent.

Jason Ihaji writes for a variety of websites.