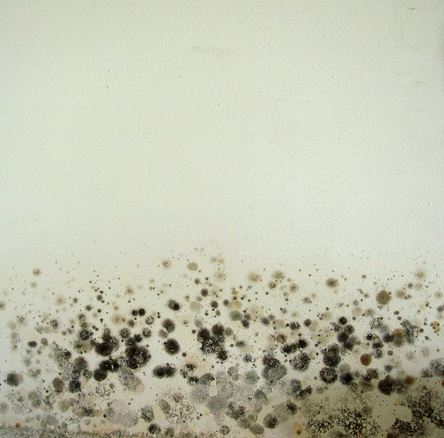 Mould does not only decrease the value of a home or is a simple blemish; it can rather endanger one’s health significantly. According to the UK’s governmental ‘Housing Health and Safety Rating System’, damp and mould growth in homes are related to breathing difficulties, respiratory diseases (asthma, rhinitis, pneumonia), fungal infections, allergies and nausea.

Shockingly, humans with weaker immune system are unable to transport the inhaled fungal spores out of the lungs, and thus, the species germinates in their lung tissue, where it can cause deadly inflammation. Recently, the Daily Mail reported that the actress Brittany Murphy and her husband may have died from respiratory issues caused by mould in their home.

As the housing in Britain is old and the British climate is cool and wet, people are at a higher risk to suffer from mould issues. Although, not all types of mould are dangerous to the same extent, some mould preventing advice may be needed.

How to Prevent Mould

Mould growth is triggered by high humidity levels and dampness in rooms, which condensates on colder surfaces such as outer walls, windows and room corners. Especially, low ventilated areas, such as walls behind cupboards are susceptible to mould. Therefore, condensation needs to be decreased by adequate heating, ventilation and room insulation. If a home is already affected by mould, the application of bleach is a recommended hazard-free treatment.

An air exchange should take place especially during moisture producing activities such as cooking, bathing and the drying of laundry. Here, in addition to the usage of kitchen exhaust ducts, a complete, rapid air exchange should take place, ideally by opening windows on opposing sites of the flat. It is recommended, that this procedure is done daily for 10 minutes, ideally in the morning which eases the complete extraction of the overnight moisturised air.

Above that, continuous ventilation on a low level should be given where possible. Some recommend leaving the bedroom window slightly open at night time, which helps extracting the humidity caused by human breath. This is even more important for small flats with a high number of occupants.

A gap must be left between furniture and walls, which is big enough to allow for ventilation. Preferably, no furniture should be placed against outer walls.

Indeed, at all times ventilation should be accomplished to an extent which is consent with room temperature, outside noise levels and security issues.

Above that, increasing the room temperature can reduce mould problems, as warmer air can take on higher amounts of condensation. Here, costs of heating, energy efficiency, and the recommended healthy room temperatures have to be harmonised.

Clearly, shrinking global resources and the oil crisis have let to ever increasing fuel prices. Finding the right heating oil provider, may help to modulate the own energy bill. For instance, the UK’s leading heating oil provider Web Oil is able to offer lower heating oil prices due to its efficient delivery strategy.

However, room temperatures over 25 ̊C are disadvantageous for one’s health, as it causes physical and psychological stress, and a strained cardio vascular system, which can cause strokes. Cooler room temperatures between 19 – 24 ̊C are good for the human body. Temperatures below 19 ̊C, however, are again harmful and decrease one’s resistance to infections. Here, the elderly especially are at a high risk.

A further approach to maintain a healthy room temperature of 19 – 24 ̊C cost-efficiently which captures the condensate water is to ensure a proper thermal insulation of the dwelling.

Some draught and leak sealing can be easily done by the tenant oneself, such as the application of window sealing tape, door snakes, curtains, or ‘storm windows’.

However, one must consider that an improved insulation hinders the continuous ventilation, which needs compensation by regular manual ventilation.