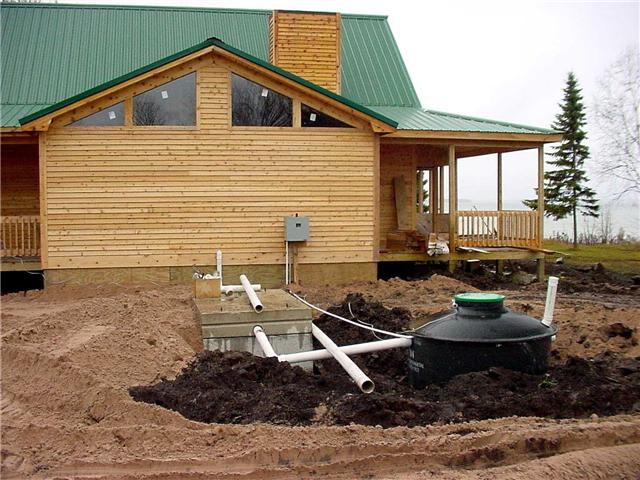 The moment a toilet flushes or a bathtub drains and the septic system fails is a moment many homeowners dread. Septic systems have a simple concept with a complex trail of leach fields and drainage systems to ensure proper function. A septic emergency can spell disaster for a backyard as well as the inside of the home. A septic backup can cause considerable damaged if not prevented. Luckily there are several options available that can prevent this from happening.

A septic system keeps a specific count on bacteria to break down waste and allow the rest to leach into the aquifer and subsoil. Bacteria treatments should be added annually to add enzymes into the tank for breaking down waste. There is no “magic formula,” but these biological agents can extend the life of the system. Homeowners should use only biological agents as many chemical products can cause more harm than good over time.

A buildup and residue in tanks over time is common and usually require pumping. Many homeowners forget about this and sometimes wait until it’s too late. Routine pumping should be scheduled along with an inspection to make sure leach fields work the way they were intended to work.
Don’t use the sink or toilet as a garbage dump

A garbage disposal is a great utility that can prevent a number of things from ending up in the trash and causing foul odors. However, septic tanks are not a catch-all for anything. The same goes for toilets. Items such as cooking oil or foreign non-food objects should never go down the drain. Large pieces of meat and vegetables should be chopped up very fine before processed. Using a compost bin is another great way to reduce what goes down the drain.

A regular inspection coupled with pumping can make sure there are no obstructions or points in the system that can cause a backup. Foreign objects should be removed and treatment services can keep the bacteria count at bay.

Homes with poor drainage or heavy spring rainfall can inundate the septic system. Reducing the amount of flushing and running of water-heavy appliances during rainy seasons can allow the septic tank to leach properly. Shorter showers and planning laundry over a period of time can reduce the demand on the tank.