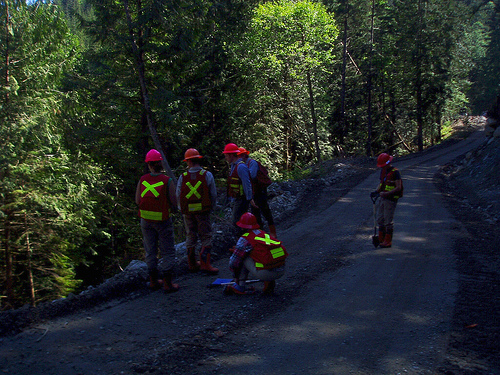 There are many statistics that seem to point to the increased difficulty that the average person is having in finding a job; however, certain industries are experiencing growth that will take them straight into 2014. Below, four industries will be discussed that are certainly not short of opportunities for individuals who are looking for good jobs that can turn into steady career paths.

With more people than ever tuned into the energy concerns of the world population, attention has turned to the green industry to provide adequate resources for locations in which the more traditional energy resources such as coal and oil are not readily available. This industry will require a great deal of travel and science background.

Countries leading the charge in the green economy include the United States, China and South Korea. Individuals who are looking to break into this industry may want to consider attending college in one of these countries in order to make the appropriate connections.

2 – The Oil and Gas Industry

Although the green industry will be growing in 2014, so will the oil and gas industry. Contrary to popular belief, the world’s oil is far from being used up. This industry requires many new people with a background in politics as well as in energy. Whether you’re looking to work for smaller companies or Halliburton jobs are readily available for people who are looking to break into the industry. There has recently been, and looks to continue to be particular growth in geoscientist positions as well as in petroleum engineering jobs.

The population of the world is getting older, especially in high-population density first world countries such as the United States and China. With these populations rising in age comes a need for increased healthcare. Individuals with a background in nursing and some others will be in high demand.

The global economy means that individuals who can bridge the gap between cultures to create financial harmony will be highly prized. If you are bilingual, certain studies state that you have a 50% greater chance of finding a job in business straight out of college.

No matter what industry you choose, the growing industries that are mentioned will certainly have opportunities available for individuals who are looking to advance themselves in the coming years. Those with a wide reaching world view and the ability to learn quickly will succeed in this new global environment.